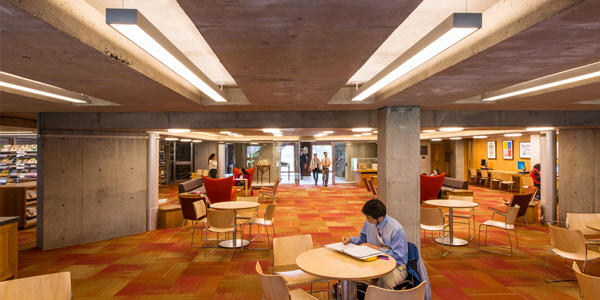 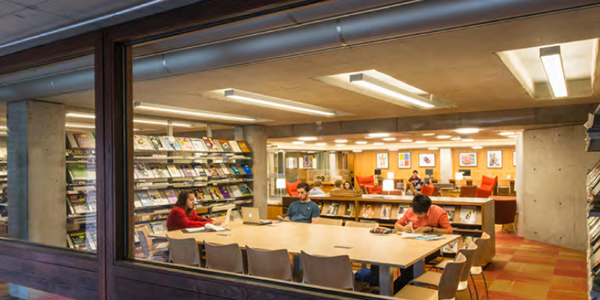 Designed by Louis Kahn, Phillips Exeter Academy’s Class of 1945 Library has occupied a central and cherished place on the campus since it opened in 1971. It is widely considered one of the most significant 20th century buildings in America. A comprehensive Master Plan for the Library building was undertaken by Ann Beha Architects in 2013 and was completed in 2015.

Lighting Design:
The minimalist aesthetic of the Lumato PL5N direct/indirect luminaire allowed for a clean integration with the original architecture while it’s integral driver permitted the utilization of existing precast junction boxes within each coffer, which reduced the impact to the existing concrete. Lumato’s product flexibility enabled streamline modifications to provide a custom fit luminaire solution that satisfied the challenge of integration within iconic architectural elements.

Download Full Case Study
Back to All News Next Article